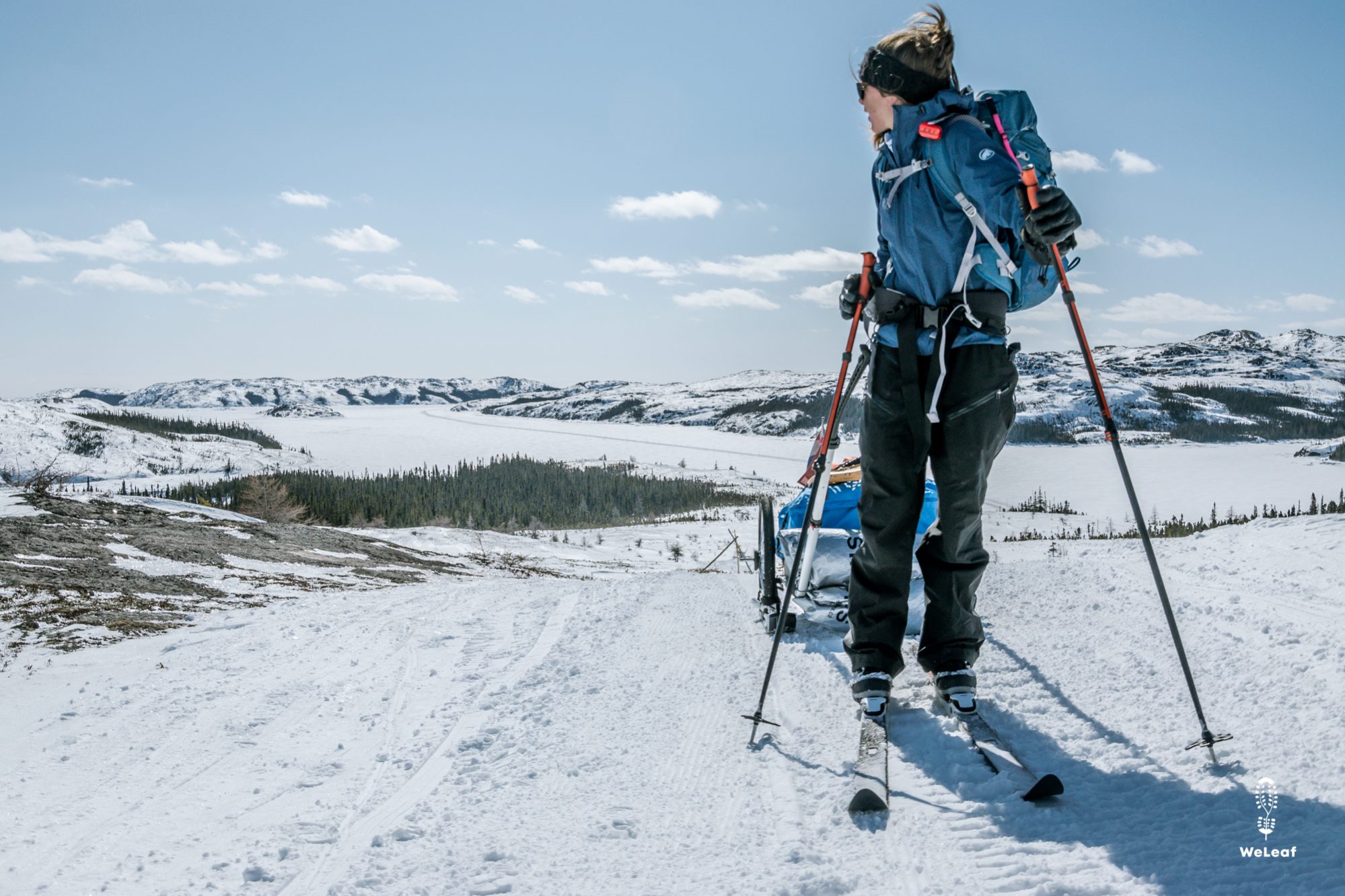 In March 2020 we arrived on the Route Blanche, after 700 kilometers on the T3, the Transquebec snowmobile trail. Unfortunately for us, the fear of the coronavirus arrived when we were almost at the end of the trail, in Saint Augustin. The government closed the Route Blanche we couldn't continue skiing to Blanc-Sablon. Our information about the last hundred kilometers is therefore slightly less detailed. 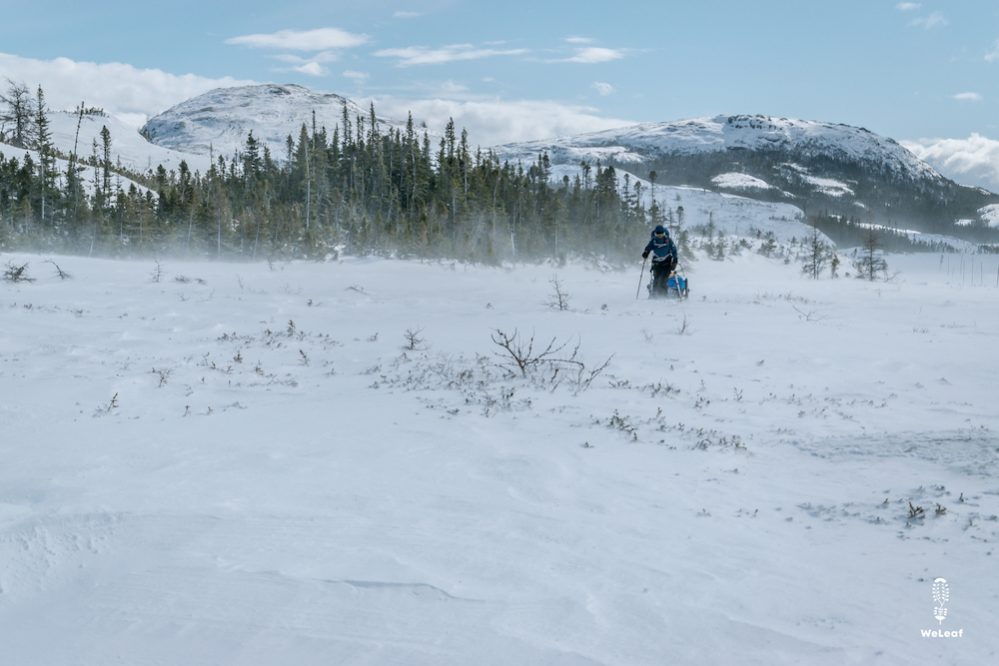 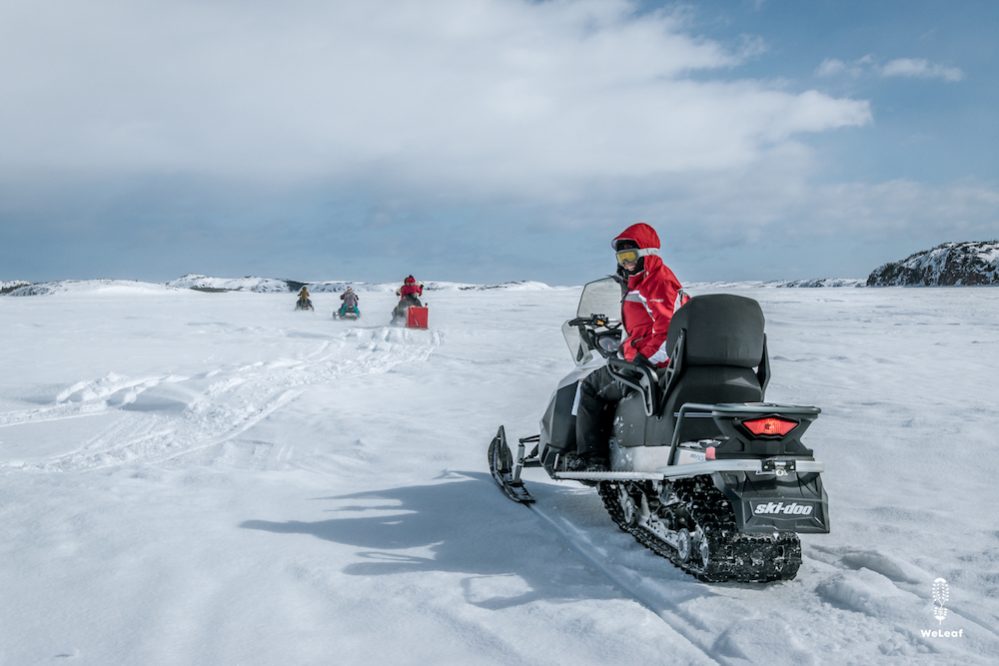 What is the White Trail (Route Blanche)?

Far in the northeast of Quebec lies the Basse Côte Nord, the Lower North Shore. It is the northern limit of the Gulf of the Saint Lawrence River. For several hundred years there have been small settlements on this deserted coast that have always lived on fishing. It looks like things didn’t change much in the villages where fishing is still the main activity. The villages are isolated by water and can only be reached by ferry or small planes. But winter changes everything. The lakes, rivers and sea ice freezes and a thick layer of snow covers the entire landscape. Suddenly there is a land connection between all villages, the White Trail. For the locals it means freedom, access to other people and natural resources such as wood and wildlife.

The paved Route 138 runs along the entire north coast of the Saint Lawrence River. Today, the end of the route is located in the village of Kegaska, which is the start of the Route Blanche. Barely 25 years ago, Route 138 ran no further than Havre Saint Pierre and only 5 years ago the last section between Natashquan and Kegaska was constructed. Unfortunately, in our opinion, the Quebec government plans to extend the route and connect it to the paved area further north, Vieux Fort. The ambition is to realise this within ten years, which will change the Route Blanche forever. Only travellers will occasionally use the route, but the locals will only use the paved road. Given the many infrastructural challenges and high costs, it will probably take more than 10 years, but the following parts are already under construction.

The Route Blanche is officially maintained by the Department of Transportation in Quebec. They place all signage, groom the track and officially open the trail when there is enough ice and snow.

The Route Blanche is officially a snowmobile route and is only intended for snowmobiles. However, a number of people did the trail on skis, snowshoes and even fat bikes. Locals and snowmobile travelers still look in amazement and respect when they see a skier, but no one will send you off the trail. We met the police and maintenance personnel several times with whom we had a very good relationship.

Getting lost on the Route Blanche is virtually impossible. Every ten meters there is a wooden stick to mark the route and there are many signposts. In all emergency shelters there is a map with the distances to the following shelters or villages. We only used our GPS to know where we were on the trail and to measure day distances.

On the trail you will regularly see snowmobile tracks turning off the trail. Many people have small cabins along the lakes where they go in the winter. Other tracks are shorter routes that the local people know. Sometimes it is possible to cut off part of the route and then a GPS is useful. Nevertheless, it is recommended to follow the marked route because you do not know if there are any dangerous points. A few years ago, the Route Blanche ran much closer to the coast, but due to the thickness of the ice, the route is increasingly moving inland. The local people sometimes still follow the old route, with all risks included.

In 2020 the Route Blanche officially opened in mid-February. From the beginning of January, the ice is thick enough, but there is often not enough snow. The local people already use the trail, but officially it is not yet open. Usually the trail closes again in April, but locals continue to drive on the ice until May. However, by then there will be water on the ice in many places, so that you can no longer cross the ice on skis or hiking.

The best travel time depends on your own preference, but the most popular month is March. The temperatures are warmer, the days longer and there is a lot of snow guarantee. Especially the snowmobile travellers who want to extend the trail from Havre-Saint-Pierre or even Sept-Iles only leave when there is enough snow.

Both in February and March there are carnival and hockey tournaments in all villages, the biggest events of the year. Entire villages move to other villages for the festivities that last a whole weekend.

The Route Blanche passes several small villages along the way. In all villages there is at least one small store with basic facilities. In winter, fresh products such as vegetables, fruit, milk and eggs are delivered by plane. The availability in the stores therefore depends on the arrivals of planes. The stores have a whole winter stock for the other products. The choice of products is limited compared to a normal supermarket and the prices are at least 50% more expensive. Still it is possible to buy all your food in the local stores. In the larger villages there is often a restaurant or snack bar.

March is known for blizzards that arrive once a week, at least. The wind normally comes from the west, but during a blizzard the wind comes from the east which makes skiing or hiking extra difficult when you head towards Blanc-Sablon. The wind speeds rise above 100 kilometers per hour during a snowstorm, and especially near Blanc-Sablon where there is no protection for trees, the wind is very strong. At the end of March, the snowstorms can turn into rain that makes the snow mushy and can cause water on the ice. 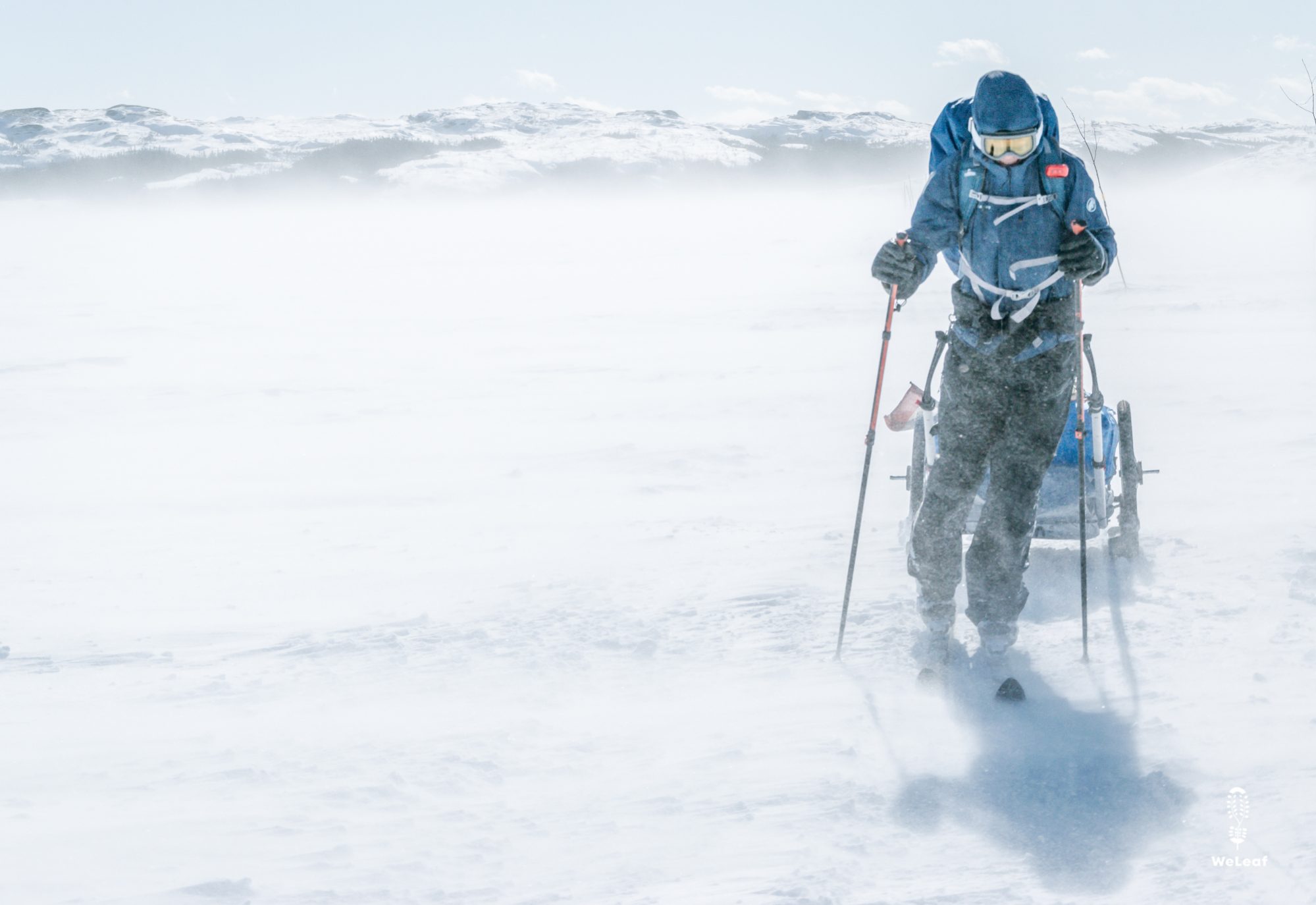 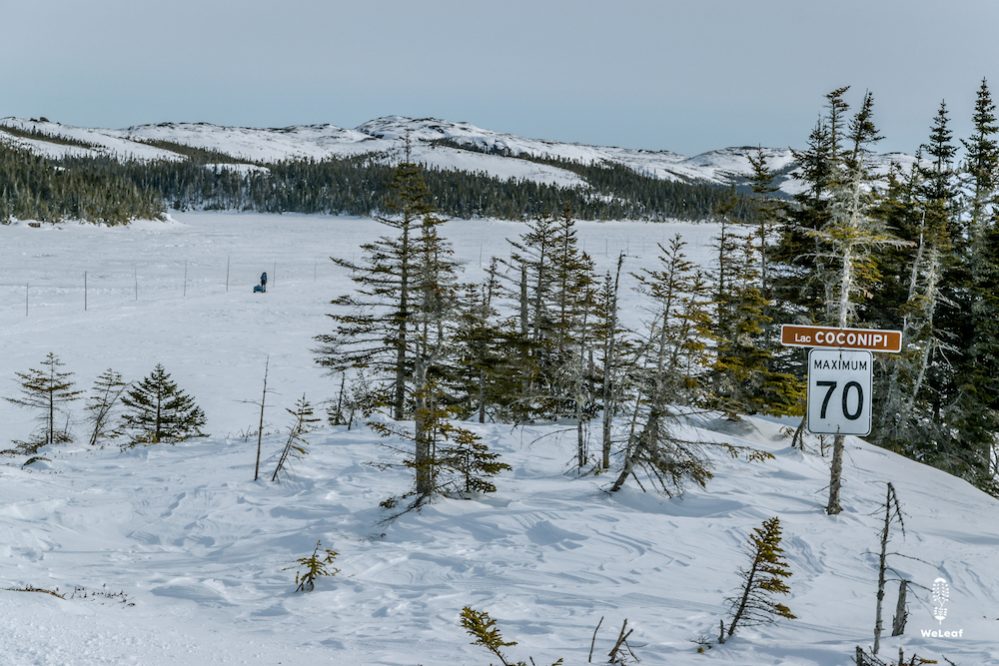 In our expectation the Route Blanche was a barren polar landscape without any shelter from trees. In reality, there are many more trees than we expected. Finding a spot for camping is very easy, although you have to take into account whether the wind direction will change at night.

The many emergency shelters, however, make it tempting to sleep inside with a warm wood stove. Although it is not officially allowed to sleep inside, it is generally accepted. We have slept a number of times due to the strong wind or a snowstorm. Not all emergency shelters are clean and there is always a chance that you will receive unexpected visitors at night, for example a group of half-drunk teenagers on snowmobiles. Yet the luxury of a roof, a bench and a wood stove is wonderful. The people who maintain the trail even ensure that there is always enough wood available. There are a total of 23 emergency shelters between Kegaska and Blanc-Sablon. Between the villages there is a shelter every ten to fifteen kilometers and inside is a large map with the distances between the villages and shelters. All the shelters are indicated in the map above (select Refuges).

In most villages there is a motel or a B&B if you are looking for more comfort.

You will find everything we took in our packing list for a winter adventure.

Extend your route or doing the other way around

It is possible to extend the route. We started skiing in Baie-Trinité, about 600 kilometers south of the Route Blanche. There are a few caveats:
- These snowmobile trails are not maintained by the province of Quebec, but by local clubs. An annual permit is required that is valid for all trail in Quebec issued by the FCMQ. We were not a member ourselves and have met the officials of FCMQ several times. Off course, this is no guarantee that another official will be just as friendly.
- The maintenance of the trails is done by volunteers, and is only possible if there is enough snow and enough volunteers. The trails around Sept-Iles and Port Cartier are well maintained, but further north you can encounter some surprises. We had to go a long way, more than 50 kilometers, on route 138 because the trail was not marked and groomed. We have indicated both parts on the map.
- There is much less traffic and there are almost no emergency shelters on these trails. On some parts the terrain is very hilly and difficult. It is a nice challenge and a lot more difficult than the Route Blanche.

It is also possible to extend the route after Blanc-Sablon towards the province of Labrador, or continue the trail on the island of Newfoundland. That was our original plan until the corona virus threw a spanner in the works.

Personally we wouldn't ski or hike the Route Blanche in opposite direction. Most snowmobile travellers depart from Kegaska, drive up to Blanc-Sablon and then back in a couple of days. The wind blows from the west most days, except for the days with a snowstorm that you better avoid anyways. It makes a lot more sense and it is more comfortable to ski to Blanc-Sablon, rather than the other way around. 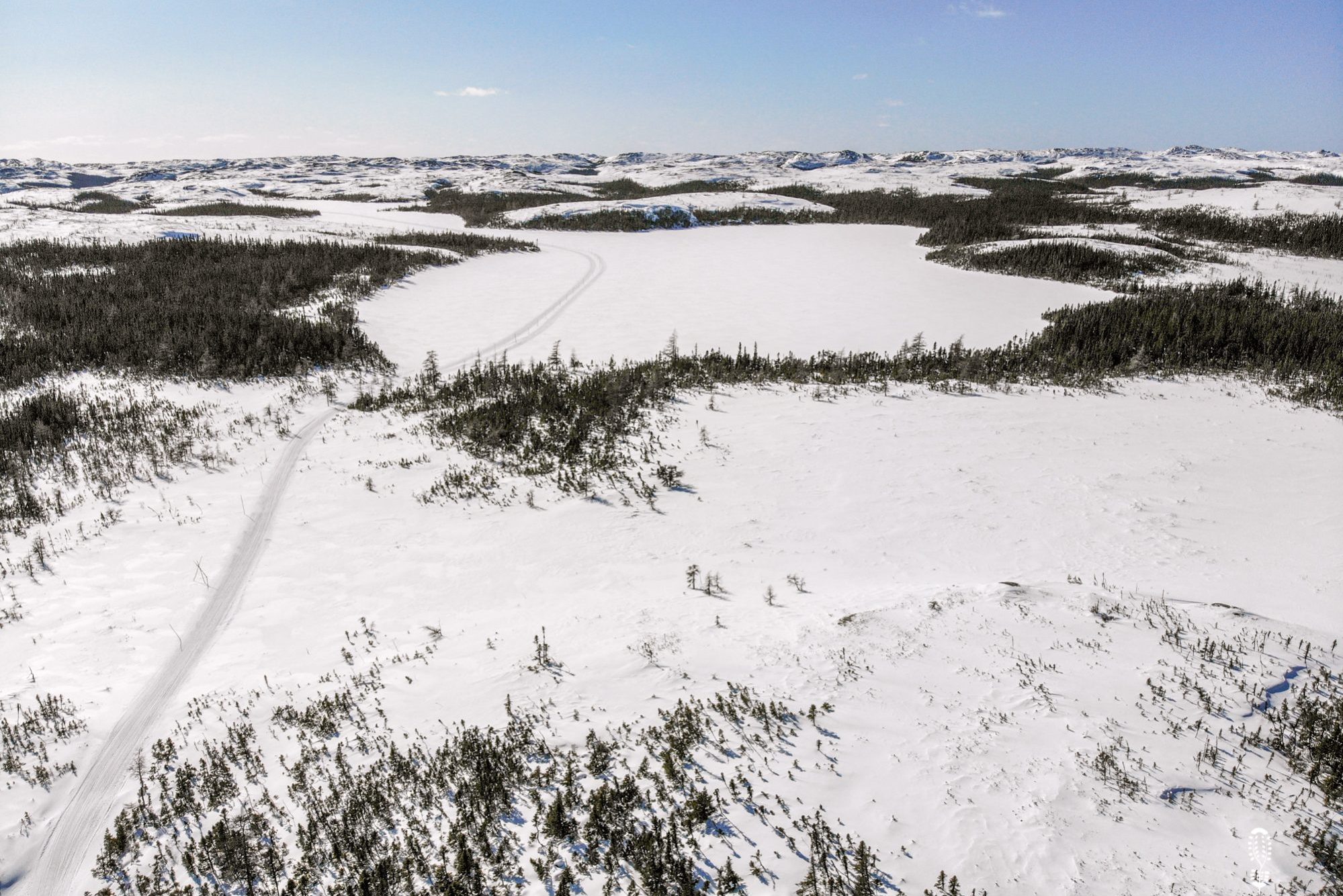 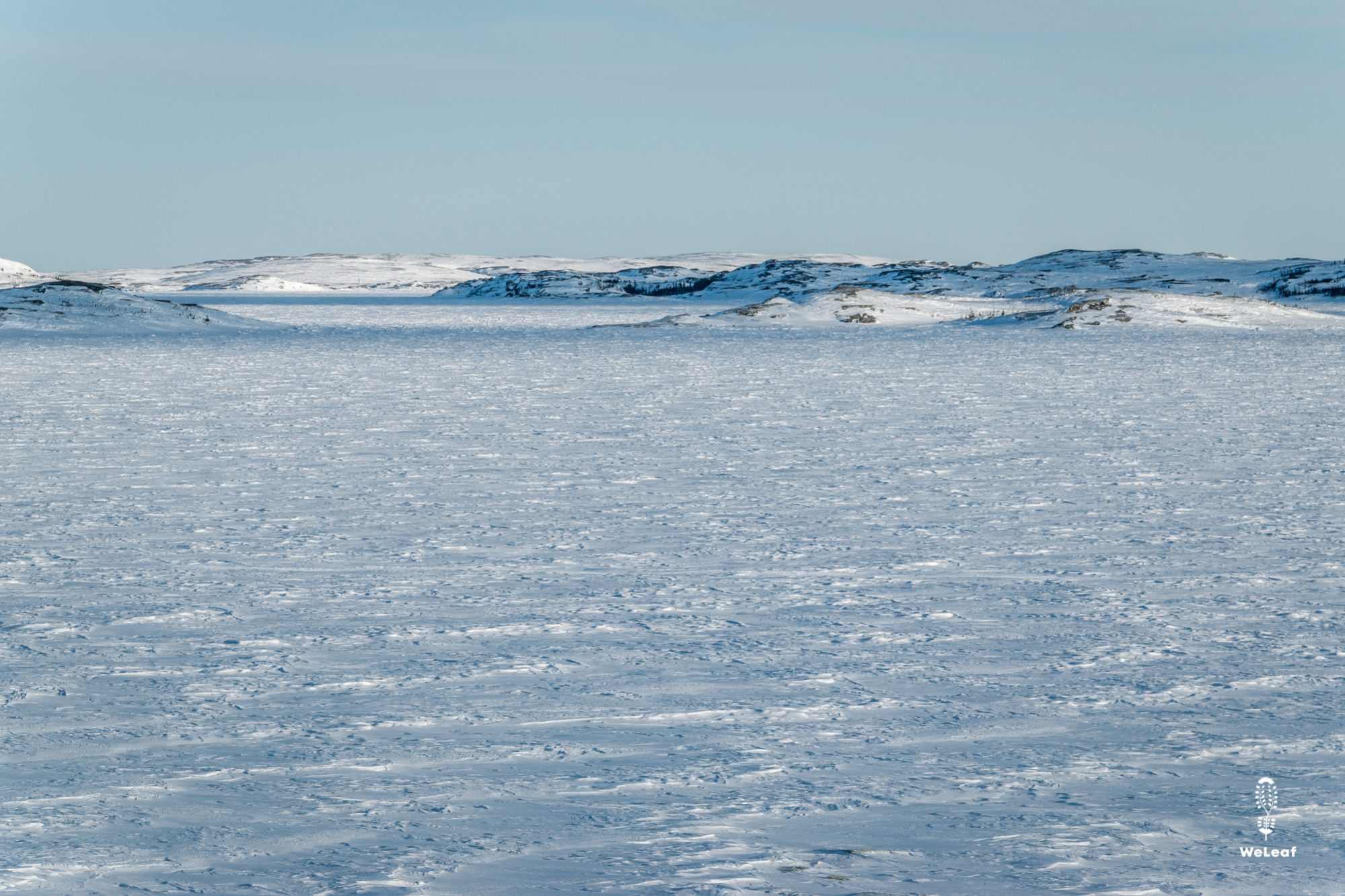 The White Trail in summer - The Route Blanche only exists in winter, but also in summer you can visit the different villages and unique culture. Every week a ferry sails between Blanc-Sablon and Kegaska, stopping along the way in all the villages that have a quay.
Useful maps: there doesn't exist a guide book like on the Appalachian Trail or the Northern Forest Canoe Trail, but there are two useful maps. The tourist map of the Côte-Nord en the map that hangs in all the shelters on the Route Blanche.
Trail condition: The department of transportation has an interactive map with the conditions of all the roads in Quebec, including the White Trail. The map indicates if the trail is open and where the dangerous spots are.

We wrote several personal stories about our time on the Route Blanche, and two of our episodes in the serie 'self supported through North America' are about the ski adventure. Enjoy! 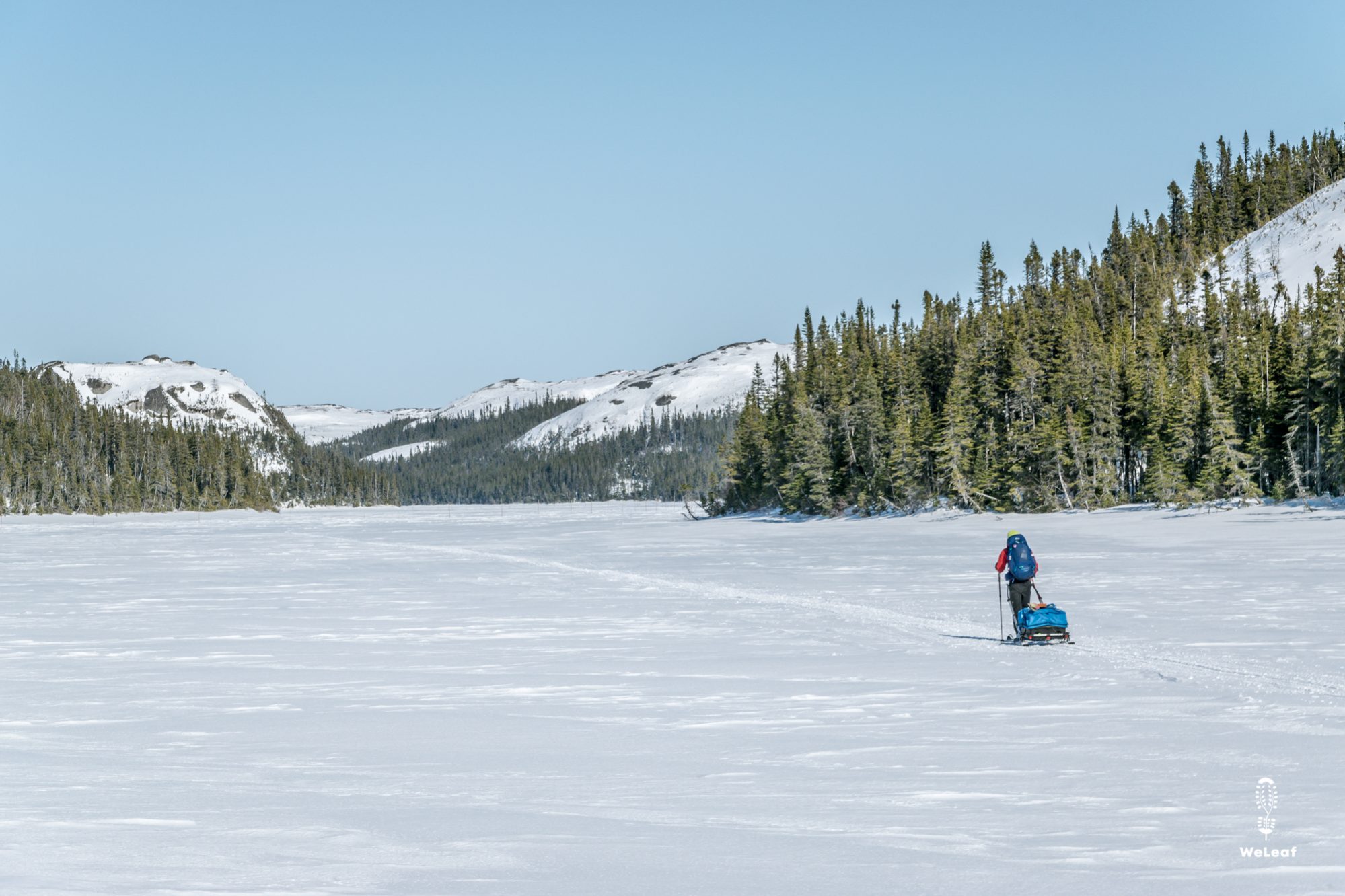