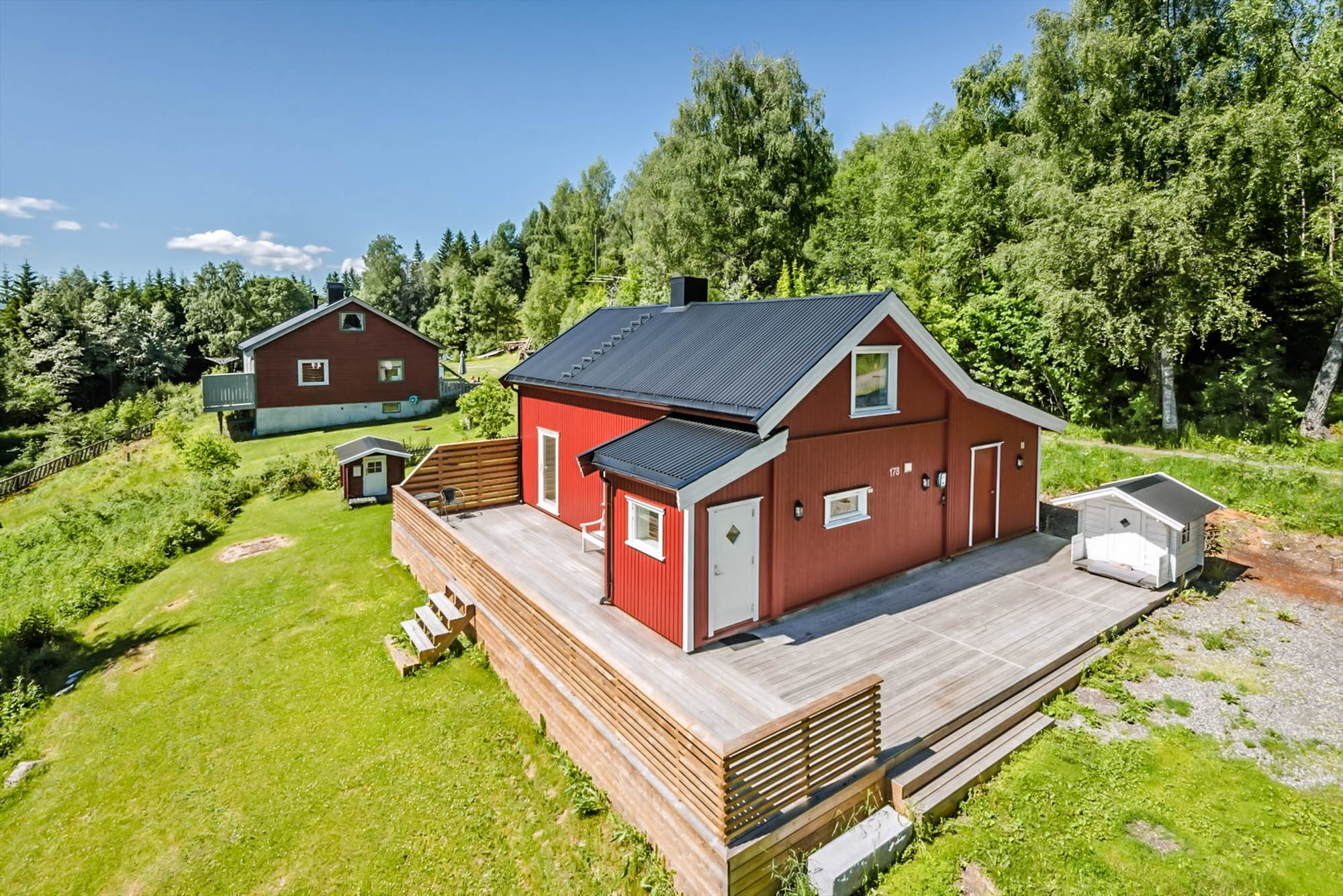 On Wednesday morning we get a text from the real estate agent. There is an offer on the house, €155,000. It's 10:30am and the offer is valid until noon. We are talking to Peter about other things, Olivier is baking bread, we have an appointment with a company from the Netherlands in the afternoon and then immediately go whitewater kayaking with Peter and Tine. We read the message as if it were a simple text from the family. Our decision is firm, we have set our maximum value and this amount is above it. We are not going to bid any higher, logical. We spend less than two minutes on it while we have been with the house in our heads for weeks. We give absolutely no space to our feelings and hide it behind the decision we made on Sunday. Stick to a strong decision, right?

In the evening, we are in a whitewater kayak with Peter and Tine. We wear a dry-suit, a life jacket on and have a helmet on. Our legs are firmly wedged into the kayak and the around our waists we have a large splash sail that we pull over the opening of the kayak. This makes the kayak seem like a part of our body. Tine wants us to practice on calm water first before taking on real rapids. The biggest danger is if we were to tip over with the kayak. Experienced kayakers can turn back around themselves and come back up. That rolling move is called the kayak roll or Eskimo roll. Peter demonstrates several times that he has mastered that technique. If we flip over, we have to pull off the splash sail and get out of the kayak. We have to practice that rescue action before we can really get into the rapids. We plan to practice flipping over at the end of practice so we can get out of the water afterwards and not get too cold. Zoe's enthusiasm thinks otherwise. As always, she goes full-on for the new challenge. Learning is done by trial and error, is her philosophy. Where Olivier approaches it from the safe side, Zoë looks at where the limits lie. Halfway through the training she tips over into the small rapids where we practice. The kayak floats upside down, she grabs hold of the spray sail and pulls it loose, crawls out of the kayak and comes above the water. The smile is on her face, that was easy. Olivier prefers to wait until the end of the training.

The longer we sit in the kayak, a gnawing feeling began to play on Olivier's mind. The house. It is a feeling "too bad," but it is the beginning of a growing regret. In the car back home, the feeling only grows stronger. He tells his feeling to Peter and says he regrets that we didn't try to buy the house. Peter tries to remind Olivier of the choice and considerations we made.
'Your chance will come, patience. Is i magen, patience,' he says.
Peter is right. We made our choice on Sunday and the feeling is just a fear of missing out. Our choice was well considered.

That night, Olivier barely sleeps. This is the area we want to live in, that makes us happy. It has everything we are looking for, cross-country ski trails, lakes, forest, within biking distance of Lillehammer, neighbors, peace and nature. The house is not what we were looking for, but we could make it cozy and feel at home there. There are hardly any houses for sale in this area and we let go the one opportunity that there was. We are left behind without a house, but with uncertainty and stress. Olivier suddenly feels what he should have felt a few days ago. He feels the enormous desire to have a basecamp, a place where we feel at home, where our things are, where we have peace. That feeling only comes now, when it is too late. The house has been sold to someone else. He goes over our decision-making process and understands less and less why we chose not to make an offer. Why didn't my gut tell me this, why wasn't I able to listen to myself. Olivier is angry and disappointed with himself. Angry that he didn't discover his own feelings, angry that he allowed himself to be influenced by so many opinions, angry that he lost sight of the bigger picture and most of all angry that he didn't have the guts to go for this. Our world trip has taught us to not fear the unknown, do things and take chances. We didn't do that this time and Olivier regrets this now. The regret of things we didn't do is greater than the things we did do. Missed opportunities are over and we can't get them back. His world collapses for a moment.

Olivier tells his feelings to Zoe. She doesn't feel it, on the contrary. She was actually relieved when we decided not to make an offer. That feeling turns around now that she sees Olivier's emotions. She understands what he feels, but doesn't understand why the feeling is coming out so strong now. If it's so strong now, why wasn't it there a few days ago? She tries to highlight the positives and see the opportunities we have. It makes no sense. Olivier is heartbroken and desperate. He is critical of himself and thinks himself a weakling. A few days ago, Zoe told him he could try a little harder to find work.
'Just sending applications online is not the way it works in Norway,' she said then.
Olivier thought at the time that he did try his best, but now agrees with Zoë. 'I didn't show any guts at all and that's my biggest disappointment,' he says sadly.
'There is only one solution: to flip the switch. There is no point in dwelling in regret and being negative. This is not the end of the world and new opportunities will come. Still, the "what if..." question lingers with Olivier. Letting go of this missed opportunity will take a lot of mental strength. The stress and turmoil of not knowing where we will spend the winter and having to keep searching for our place comes on top of that. It takes an extraordinary amount of energy that Olivier actually needs for the other projects we want to do. He questions everything, including project Basecamp-X.